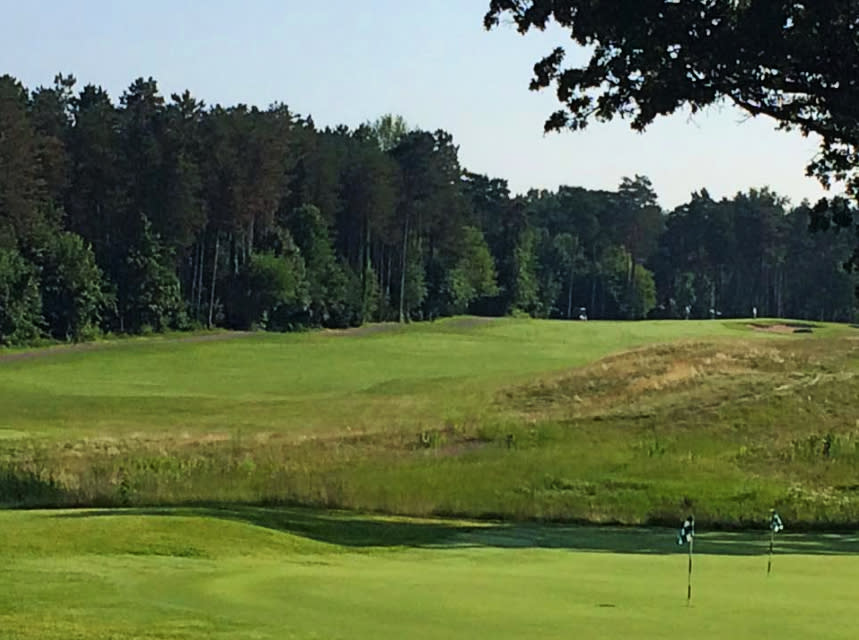 PINCKNEY, Mich. — New owners are working to spruce up an 18-hole golf course in the small town of Pinckney that had become a bit rough around the edges.

New owners took over the Timber Trace Golf Club, located about an hour west of Detroit and about a half hour from Ann Arbor, in March. Since then, they have invested in improving grounds maintenance, removing damaged trees, clearing overgrown areas and other improvements.

Renovations to the clubhouse, which includes a pro shop, tavern, and small restaurant, include a new bar and furnishings, windows, paint, and other fixtures.

Club manager Clif McLellan is one of seven owner-shareholders of the course, which is situated on approximately 150 acres near the intersection of Hinchey Road and M-36.

“I live here and it’s a great course,” McLellan said of why he wanted to update the club. “We needed someone to be here who could take care of it and make it a nice place to play.”

McClellan has spent most of his career as a toxicologist. Now retired from science, he jokes that taking over the club seemed like a good idea after a few beers. The idea stuck.

He said other course stakeholders include people who live in the area.

“For me, I wanted to include as many people from here as possible. I needed their support,” he said.

From left, Susan Bostian, Tom May, Les Ulrich and Clif McLellan meet on Wednesday, May 18, 2022 at the newly renovated clubhouse at Timber Trace Golf Club in Pinckney. (Photo by Jennifer Eberbach/Livingston Daily)

He said groundskeepers have done a lot of cleaning, repairing, mowing and fertilizing on the course.

“We have improved regular maintenance,” he said.

They removed around 30 trees, some of which had fallen. They cut tall grass, including around a pond, which had been obscured.

He said the improvements are bringing some golfers back to the course who had stopped coming.

He said about five golf outings were booked at the course last year. Twenty are already reserved.

“I think next year we’ll see a good increase,” he said.

“We are currently in the process of revitalizing the course,” he wrote to the Livingston Daily in an email. “Public feedback has been positive and inspiring. Locals are excited to get back on track.

McLellan said they also plan to expand the food menu at the newly renovated bar and restaurant, which currently serves hot dogs, burgers, brisket and brats.

“We’ll add sandwiches, maybe fried fish. We could do pizza or chicken wings,” he said.

Merchandise in the pro shop is still arriving. The course will have a new logo and will sell shirts, pants, and shorts, along with other items.

“We’re expecting stuff. Some of them take a long time to get here,” McLellan said, adding that supply chain issues have caused delays.

A weekly youth camp for children aged 6 to 15 begins in June.

“We’re going to put a par-3 in the course for the kids, so they don’t have to play 400 yards. They can play from 150 yards,” McLellan said, also noting that signs will be put up to mark the par-3 course.

He said the par 3 course would also be an option for some older and newer golfers.

McClellan said they also plan to hold weddings and other events.

“We have had inquiries about hosting weddings and parties here. I would also like to have music here,” he said.

Jennifer Eberbach is a reporter for the Livingston Daily, part of the USA Today Network. Contact her at [email protected]

Golfweek’s Best: Where to golf in Michigan, from Forest Dunes to Arcadia Bluffs, Boyne to Greywalls