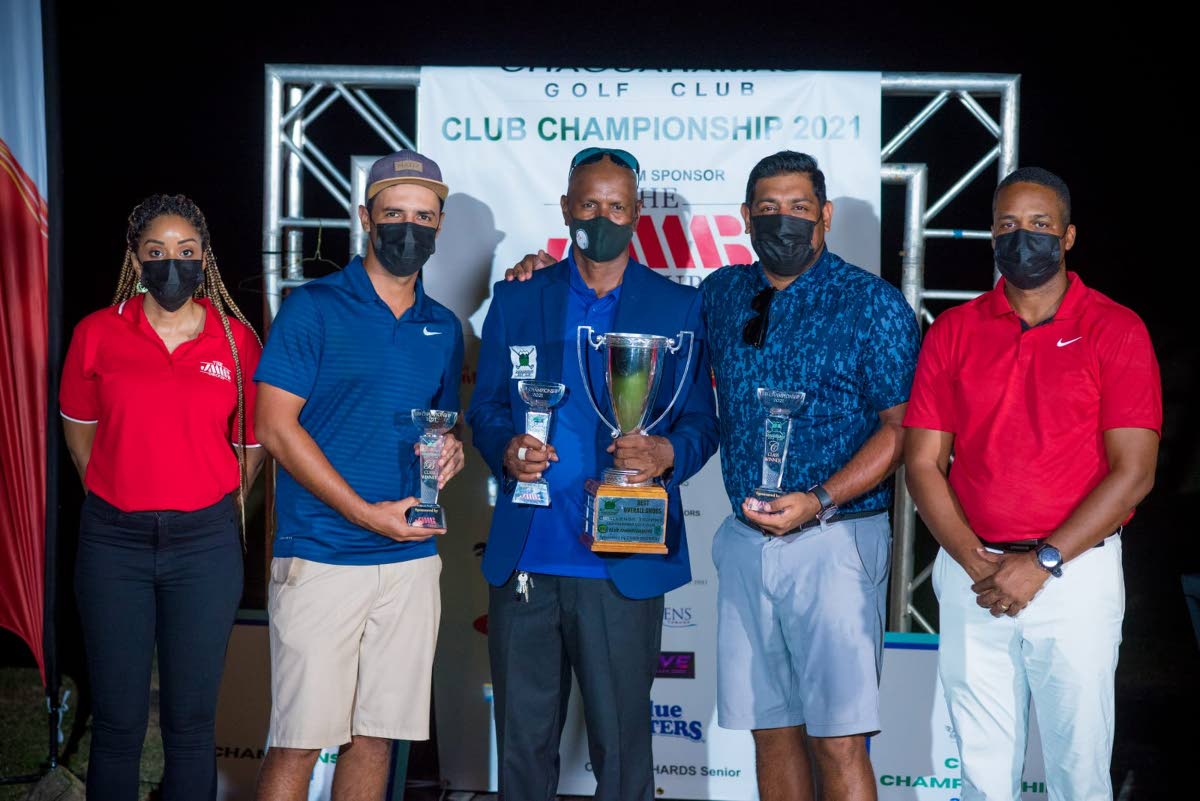 After a brief absence, the Chaguaramas Golf Club is back in style

For the first time in three years, golfers from across the country returned to the greens at Chaguaramas Golf Club to start their annual club championship tournament last weekend.

The tournament, Saturday and Sunday, was particularly important for club members as it was the first large-scale event since the outbreak of the covid19 pandemic.

Speaking to Newsday on Monday, the club’s public relations manager Darnley Wyke said the tournament was a resounding success as it brought golfers and their families together for two days of fun and competition in a safe environment.

He noted that the tournament was not just a sporting event, saying it represented the strength of the club and the nation despite the uncertainty of the pandemic.

“The 2021 edition therefore aimed to relaunch the event as a declaration of our national resilience in the era of this pandemic.

“The goal of the new board, headed by Keith Morren, has intentionally sought to make this event a memorable one for club members. We have done everything in our power and put our signature on the national golf calendar for this 2021 version.

Wyke said the club will continue to encourage the inclusion of women and youth in the sport with the continuation of youth and adult golf clinics in Chaguaramas.

The tournament, a must for local golfers for ten years, brought together young and old enthusiasts. The event drew more than 80 people, including relatives of golfers, he said, but public health protocols were followed.

Wyke said that while the tradition remains the same, several additions, like a live leaderboard table for player scores, were a welcome upgrade.

He said the golf course had been brought up to its best in years by the knowledgeable team from the Chaguaramas Development Authority (CDA), who partnered with the club “to host this successful event as part of our long and growing relationship “.

He thanked the platinum sponsor of the tournament JMMB Group Ltd for their support.

Veteran golfer Neil Latchmansingh was crowned this year’s 2021 champion by clinching first place overall and the winner of a very competitive Class “A” category with a raw score of 136 during the two-day event . Second place went to young phenomenon Ethan Hill and long haul winner Christon Baptiste finished third.

Andrew Vieira won his group in class B and Matthew Gomez-Burke and David Benjamin got categories C and D.

The club’s next event is the Christmas Hamper Tournament, which takes place on December 12.