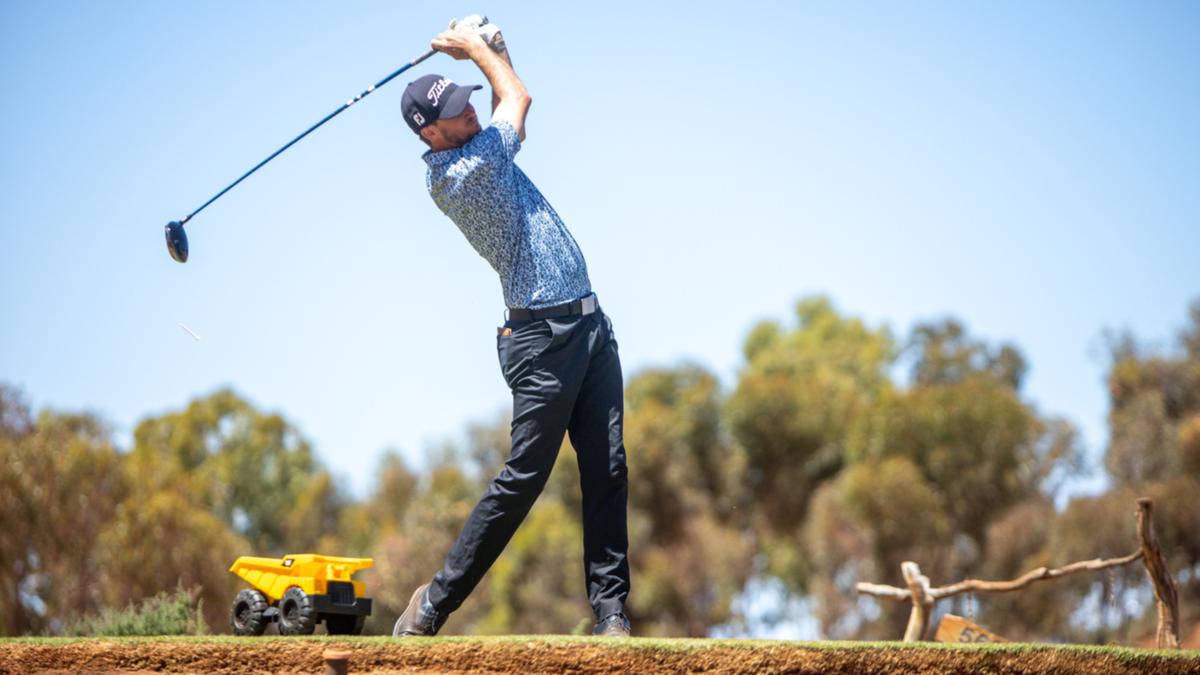 WA’s Braden Becker kicked off his ninth appearance at the $250,000 Kalgoorlie-Boulder City PGA Championship on Thursday with a humble start but hopes his best is yet to come.

The 30-year-old, who was born near Durban on South Africa’s east coast but grew up in Mandurah, wants to look his best as he prepares to defend his WA Open title next week.

“I hit them good,” Becker said of Thursday’s opening round at Kalgoorlie Golf Course.

“The golf was there, although I missed a few short putts on the front nine and some bad rebounds on the back nine to end up shooting a three.

“But the golf was there (and) it certainly didn’t feel like a three-way round of golf, in other words.

“I felt like the score should have been a bit better, but that’s what I had.”

Becker is using the two WA events as important preparations for a return to Europe.

“I have just returned from Portugal for the first stage of the European Tour and finished ninth in my stage,” he said.

“I hope I can play well in these tournaments (WA) before returning to Spain in three weeks.

“Defending that title (in Perth) next week is a situation I’ve never been in before, but Yokine is a course that I play quite well, even in my junior tournaments.

“You have to hit very straight off the tee and not move the ball too far left or right, which is fine with me, but pretty much every tournament seems to be a putting competition.”

Becker said the desire to play regularly was countered by the financial aspects of the tour.

“Everything is done to find out if you have the funds in your bank account to keep everything going,” he said.

“You (stress) a bit when you don’t have money and it’s difficult (because) you always spend money just to be able to play in a tournament.

“Even with this tournament, it’s only a driving distance from my home (in Mandurah), but it’s still a few tanks of fuel and all your food for the week.

“These are costs a lot of people don’t see and just because you might get paid in a tournament doesn’t mean you’ve covered your expenses.”

After arriving in Mandurah from South Africa in 2000, Becker said golf was low on his sporting agenda to the detriment of cricket and hockey.

“Golf was my Sunday substitute,” he says.

“But I kept playing and playing, until I got tired of team sports.

“I’m glad I chose this path (to pursue golf) and I think this (Kalgoorlie-Boulder course) is everything it’s advertised – just the fact that it’s so different from everything else. .

“Your target lines are a little different and when the fairways are as firm as they are, the ball tends to keep tracking and can roll over small bumps.

“The tricky parts are that sections of greens are defined by fairly large levels – you can be on the green 20 feet from the hole and have no putts.

“I’ve been in a few of those situations and it’s quite difficult.”