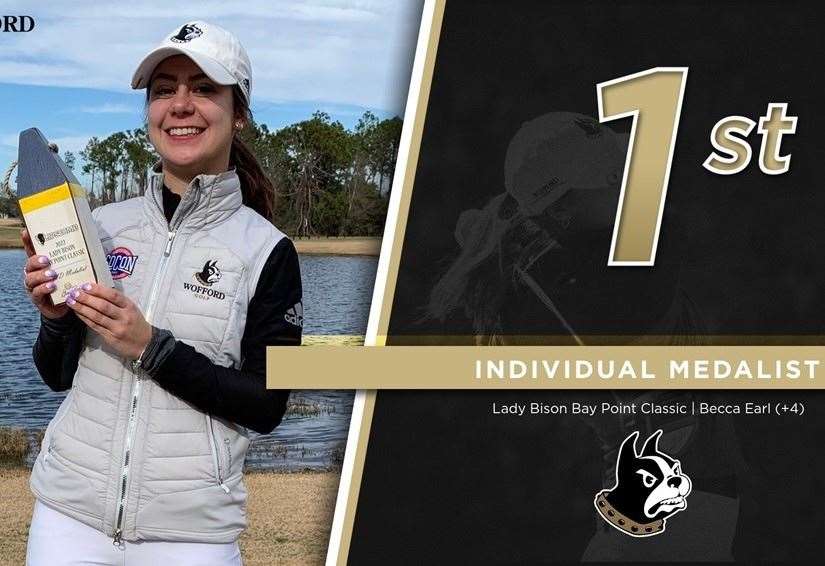 Rebecca Earl, a member of Bishop’s Stortford Golf Club who enjoys a golf scholarship in America, opened her spring season in the best possible way when she recorded her third victory in the United States.

The 21-year-old, who won the 2019 British Women’s Amateur Open stroke play title, is a fourth-year student at Wofford College in South Carolina.

Playing in an intercollegiate competition, the Lady Bison Classic at Bay Point Golf Club in Panama City, Florida, she won individual honors and led her college to fourth place in the team event.

Rebecca, who was a Young Sports Personality in the 2019 Indies Community Awards, led the field by a single shot after her first round of a par-73 one.

The rain that fell continuously on the first day forced her to complete the last two holes of the second round on the second day. She carded a 76, which dropped her to second place, five over par but only one shot in the lead.

For the third and final lap, the strong winds that had replaced the rain were clearly not going to derail Rebecca’s chances as she started with two birdies.

As she continued to pick up three bogeys, she also birdied two more for a one-under round of 71 and a final total of 220, four over par, to secure the victory by two shots.

She said: “It’s really cool to know that I have equaled the record. One of my goals for the season was to win another tournament, so I’m very happy to have finished it and I hope can add to it later in the season. .

“I really tried to focus on the movement of the ball instead of being as technical with my swing as I was last year.

“This week I drove the ball pretty solidly and my putting was good which I think was key in these weather conditions.”

Rebecca will be next in action at the Islander Classic in Corpus Christi, Texas on February 21-22.