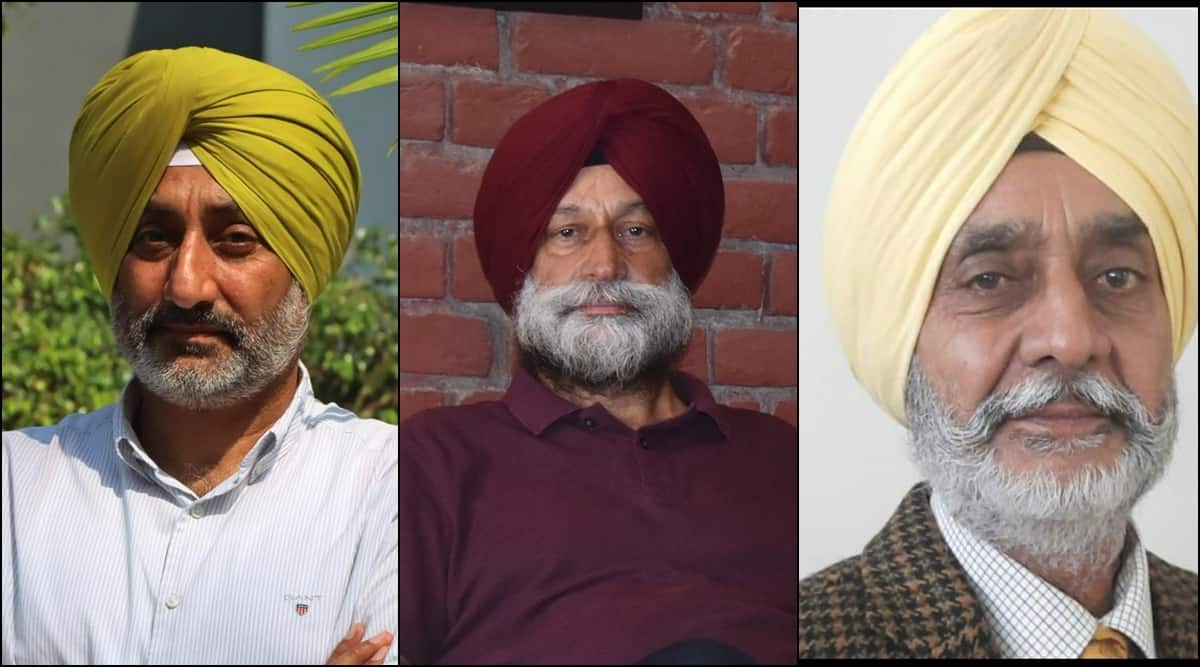 Chandigarh Golf Club at the polls

Chandigarh Golf Club, considered a hotbed of international golf champions, is witnessing one of the most contested elections in its recent history. As members prepare to vote next sundayWe spoke with the three presidential candidates to find out what the club is up against and their agenda for the future.

We have elections after five years. The Covid was a spoilsport, but the fact remains that the link of a few members systematically wanted to end the democratic process of the club. It took us a lot of effort to ensure that it was not replaced by the hierarchical “rule” of a privileged few.

How did the issue of corruption creep into such an elitist institution?

There was a minor incident that took place, which is logged. It has been adequately addressed by the current steering committee. However, the incident shook my conscience and I felt that the soul of our club was being sold on the altar of pettiness. There was the loss of courage to play by the rules/regulations in favor of quid-pro-quo, much to the chagrin of the silent majority of gentlemen golfers. My training in the army taught me never to be afraid of change. We must remain steadfast in our choice of the “harder right” rather than the “easier evil”!

What are the stakes this time around? How do you plan to fix it?

Although the main problems remain arbitrariness in decision-making and an endless cycle of alternating presidencies, there are several others, as mentioned on page 35 of the last audit report, which mentions that expenditure on procurement must be controlled. We plan to limit the President’s term to a maximum of 2 years in a lifetime. I believe that most evils stem from the desire to remain president year after year.

We will be lowering food and beverage prices and member subscriptions. All club purchases will be transferred to the GeM (Government Marketplace Portal) to bring transparency and control wasteful spending. We will focus on maintaining the course.

Ongoing court cases will be resolved through alternative dispute resolution mechanisms. We will introduce the concept of ombudsman to prevent any case from going to court in the first place.

More funds will be allocated to women’s golf, as well as addressing their voting rights issues. We will promote open houses and online voting for better representation.

Each member of my team is an accomplished person with an exceptional track record in their professional and personal life. They are competent and motivated to take the club to the international level. Each member was assigned specific tasks based on their abilities and qualifications.

“We have a coherent and competent team”: SPS Ghai

Initial arrangements for the CGC’s annual general election were made on January 30, but were delayed due to a surge in Covid-19 cases and strict restrictions imposed by the administration.

How did accusations of corruption and transparency creep into such an elite club?

What happened in the membership selection committee is unfortunate. I believe that the committee should be consistent and strong enough to ensure that such mismanagement does not happen again in the future.

What are the stakes this time around? How do you plan to answer it?

The crucial issue that my campaign addresses is the constructive upkeep of the golf course and other club infrastructure such as the swimming pool, gym, bar, etc. with reference standards. The terrain is in particular need of care due to the toll it takes every day. The rejuvenation of golf after the pandemic is another major issue.

We will ensure a realistic budget and maintain constant interaction with the committee and members. We will practice fiscal transparency and diligent spending. We will ensure the smooth running of all club activities. My team will raise the maintenance standards of the course and bring it up to international standards.

An experienced and mature team with domain knowledge in the management of the club as well as the golf course is the major USP of my team. It is a very competent and close-knit team.

I have been captain and secretary of the club, although this is my first election as president. I am a sports enthusiast and a golf enthusiast. I am also one of the founding members of SJOBA. I am a seven time national artistic roller skating champion from 1974 to 1980. I also represented India in roller skating in 1977 in Montreal.

Elections are held annually as part of our AGM process. The last contested elections were held in 2018. In 2019, only one presidential candidate and 11 members filed their candidacies for the Executive Committee, therefore the election was unanimous. In 2020, the election was postponed to 2021 due to Covid-19.

In 2021, again, only as many members submitted their nominations as required, so the Chair and Committee were unanimously elected as part of the AGM.

How did accusations of corruption and transparency creep into such an elite club?

False propaganda has been circulated that executive committees are formed by ‘bhai bandi‘. In fact, Golf Club elections are a very clean democratic process. If at any time a member feels aggrieved that a unanimous election is wrong, they are free to throw in their hat and challenge the election.

There was no bribery at any time, however, there was one instance of indiscipline. The Club has an internal disciplinary committee which looks into such incidents. As soon as it emerged, an investigation was ordered and recommended action was taken by the incumbent president and the committee.

What are the main problems this time around and how do you intend to solve them?

We will ensure transparency of finances and new memberships, make all major purchases by tender, maintain the greens and solve the parking problem. We will also reduce bar and restaurant costs and make the pool accessible in all weathers.

Our team is made up of members with experience in club management as well as members who have never run for club office. However, all of them have been at the peak of their respective professions, for example, we have two well-known doctors, a very experienced electrical engineer, three very successful businessmen, including the president of CII, a retired bank officer, a pro golfer.

I served in the military for over 22 years and started my own security company in 1997 and have been running it very successfully ever since. I have participated in three golf club elections and won all three elections. In addition to managing other club sub-committees, I also served as honorary club secretary in 2018. However, this is my first time running for the position of president.