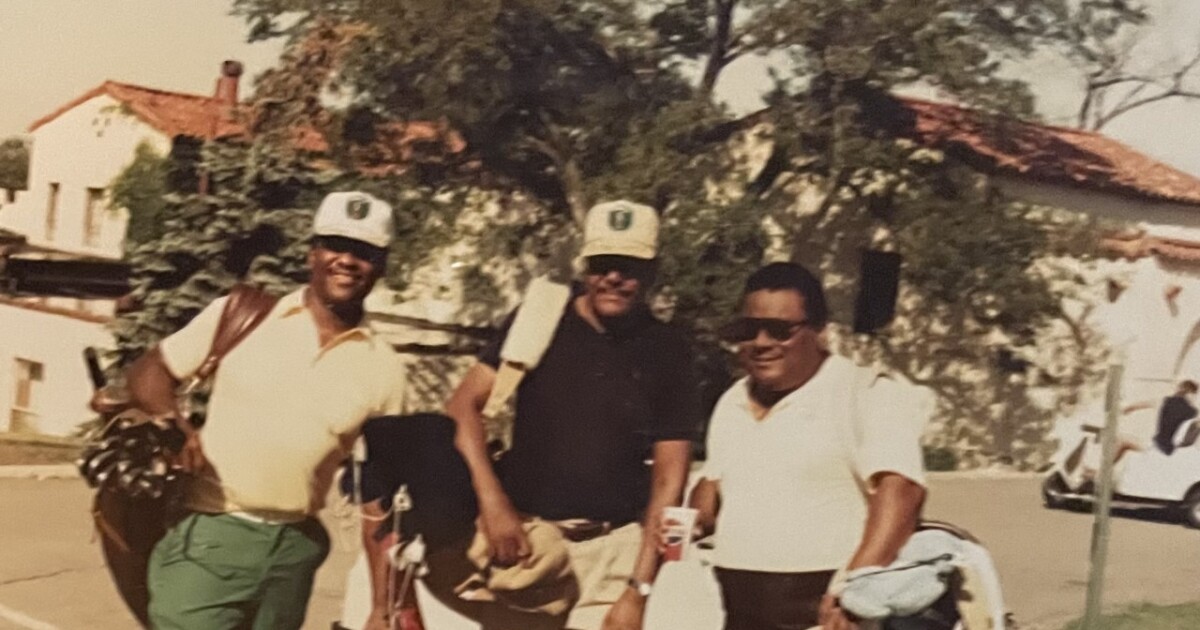 CLEVELAND – The saying goes, “A lot of business is done on the golf course,” but in the case of Highland Park Golf Course in Cleveland, history was made instead.

“My grandfather played here then, then my dad learned to play,” Barnett said.

For James Chandler, it’s the story he and other black golfers helped create.

“When we started to organize tournaments, it [Highland Park] was one of the few golf courses we could bring a bunch of guys to,” Chandler said.

At the time, black golfers were banned on most courses and overall by the Professional Golfer’s Association.

James and this group of guys he mentioned were part of the National Negro Golf Association founded in the mid-1960s. The association created its own route in Highland Park, its own leagues and tournaments, helping to send black students to college on golf scholarships.

“I always had to come to Highland and be able to play but if I wanted to go to some of the other golf courses from here because they were private. You didn’t have the ability to get into that private country club,” Chandler said.

Even Charlie Sifford, who pressed the PGA to end its whites-only policy, eventually became the first black golfer to join the PGA and called Highland Park his golf course.

Sifford, who lived in northeast Ohio, was an honorary member of the Cleveland NNGA.

“I wanted to prove that a black man could play golf,” Sifford said in a 2015 interview, shortly before his death.

What was blatant discrimination in the ’60s is now out of reach for many black golfers.

Well maintained courses like country clubs are neither easy nor cheap.

Highland Park, owned by the City of Cleveland, is easily accessible. However, many people, including NNGA President Randy Keller, believe the property needs some renovations.

“It’s a great place to play, with the support of the city government and a few other things, we’ll have a great place for people to come and play golf,” Keller said.

According to Golf Digest, of the nearly 29,000 members of the Professional Golfers’ Association, only 1% are black.

Highland Park’s history is not lost on Cleveland Mayor Justin Bibb, who recently issued a call for businesses to lease, revitalize and manage the property.

Inaugurated in 1928, the Highland Park Golf Course is approaching its centenary. It’s time to restore and reinvent this historic golf course for the next 100 years. https://t.co/6IcNnwmzXf

Bibb told News 5 that he also started golfing at Highland Park and felt it was a priority to preserve Highland Park’s history.

“Everyone deserves access to world-class equipment,” Bibb said. “We [the city] want to retain ownership of this golf course, but hire a world-class operator to restore these facilities to a world-class golf course and ensure that this course remains a source of pride.

Bibb said the city subsidizes the property $800,000 a year and he wanted to make sure the appearance of the property reflects that subsidization.

“We want to bring the next big PGA tournament to Cleveland right here at the Highland Park golf course, it shouldn’t just belong to Canterbury or Beechmont,” Bibb said.

“A lot of Clevelanders use this golf course, to the extent that we can keep it, that we can improve it in those areas and those nuances where it needs to be improved, it [Bibb] will be a gem right here in the city,” Keller said.

Download the News 5 Cleveland app now for more stories from us, plus top news alerts, the latest weather forecasts, traffic updates and more. Download now on your Apple device here, and your Android device here.