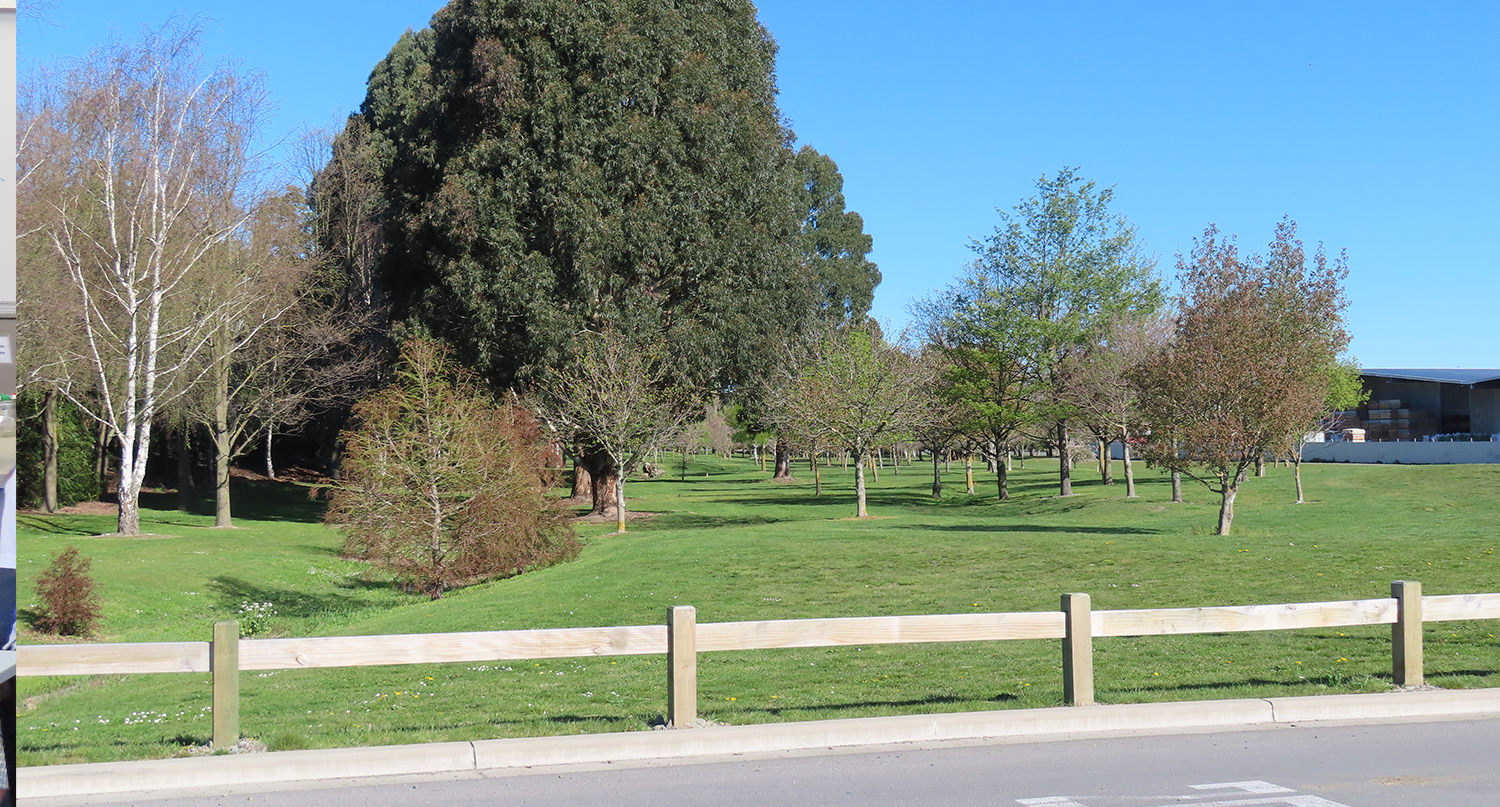 Disc golf getting ready to take off in Ashburton

The Smallbone Drive reserve will soon have a disc golf course.

A lawyer and doctor have joined forces to bring the rapidly growing sport of disc golf to Ashburton, and the business is supported by the Ashburton District Council and other funders.

Disc golf is played like regular golf, except that there is no club or ball, just a disc (think Frisbee) that players throw and aim for a basket.

Lawyer Polly Hill, a convert to the sport, has led the project for the past year and Dr. Greg Marchand, an enthusiastic disc golfer who has worked at Moore Street Medical Center on sabbatical for a year, has funded it. .

Polly said the project was costing around $ 25,000 and that contractors would begin installing the 18-hole disc golf course on the Smallbone Drive reserve near the EA Networks center on October 11. The discs would be available for rental at the center or for purchase.

Course maps and rules will also be available.

She plans to hold an open house later in the year to help raise the profile of the new sport at Ashburton.

â€œIt’s a great social sport and you can play it with family or friends. You can be very competitive or just enjoy the fresh air and the camaraderie.

â€œIt’s a sport that is becoming very popular. There are already several courses in Christchurch, with plans for further development around the city.

Polly worked for a year in Ashburton for a local law firm and now lives in Christchurch, but was keen to help publicize the sport. It was financially supported by the community of Ashburton, with the participation of several local organizations and individuals. These funders will receive recognition via permanent signage around the course, as well as a mention in the advertisements for the possible open day.

The installation of the course involves the local contractor Paveco who lays small concrete slabs for the tees and baskets. New Zealand Disc Sport Supplies also helped by providing the baskets and facilitating the course design.

She said the course was designed to start near the EA Networks center parking lot and that holes were placed around the Smallbone Drive reserve. Safety was important, so the direction of play is away from the nearby road.

The reserve is also used by dog â€‹â€‹walkers as an exercise area.

Players could rent a disc for a single game, or buy one and play whenever they wanted.

The course is designed for beginners and all holes are par 3, ranging from 40m to 90m in length. Like golf, it has rules and etiquette.

“We took advantage of the par’s natural setup, using the elevation and treeline to force players to play natural tunnels on the greens.”

The director of the council’s community services group, Steve Fabish, said the course is expected to open later in October.

â€œWe see it as a natural complement to the EA Networks Center and hope it’s something that will encourage people to get out and be active. It’s fun for people of all ages and abilities.

â€œThis is a great example of the community working with the council, local businesses and funders to deliver a connect and play activity.â€

As we see: Cutting poplars on a golf course is a disaster | Local