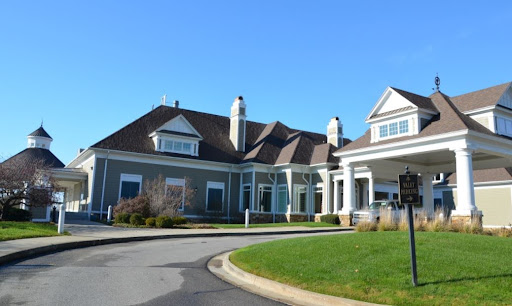 The Glen Oaks Country Club and its championship golf course have been sold to a Florida group that owns and operates premium golf and country clubs across the United States, said the old and new owners of the club to the Business Record.

“We really had no intention of selling Glen Oaks,” said Mark Oman, one of the former owners of Glen Oak. “We didn’t have an exit strategy. We had been approached by Concert Golf a few years ago to sell, but didn’t think the time was right. Last winter one of our partners [Bob Pulver] encountered, and for various reasons, we thought the time was right.

“We had achieved the goals we set for ourselves and, quite frankly, neither of us were getting any younger. “

Oman and other local investors bought the Glen Oaks Country Club and golf course in October 2010 from West Bank, which had acquired the property in a sheriff’s sale after the club and the owners’ association had defaults on a loan. The investment group included Mark and Jill Oman, Ron and Ruth Pearson and Robert and Deb Pulver, all of whom lived in Glen Oaks, a gated community in West Des Moines that was developed in the early 1990s.

Mark Oman is a retired Wells Fargo executive and former chairman of the Greater Des Moines Partnership; Ron Pearson is the former president, CEO and chairman of Hy-Vee Inc .; and Robert Pulver was the founder of All-State Industries, where he was CEO for 45 years. Pulver passed away last August.

When the local investment group bought Glen Oaks, the club had 475 members, according to information released in 2010 of the group’s acquisition for $ 4.6 million.

Glen Oaks, located west of Interstate Highway 35 between Grand Avenue and Mills Civic Parkway, was developed in the early 1990s on over 500 acres of farmland. The golf course was designed by award winning golf architect Tom Fazio. The clubhouse was built in 1993; the course opened in July 1994.

At the time, the clubhouse and golf course were managed by its members through a rotating board of part-time volunteers. The group could not agree on the funding needed for the capital improvements or on a cohesive vision for the club, according to a press release regarding the recent sale. Glen Oaks partnered with a golf management company, but the deal didn’t work. Glen Oaks ended his deal with the company and bought the club out.

During the Great Recession, the member-owned club lost members and defaulted on its bank loan.

“When we bought the club 11 years ago, we were concerned about the impact the club and the golf course would have on the surrounding area. [residential] community, ”Oman said.

The group of owners modernized the lodge and its dining rooms. The space was created to better accommodate events such as weddings and parties. In addition, a new pool complex has been added and the golf course has been refreshed, including the addition of new cart paths.

The owners have not evaluated members for the renovations, nor have they withdrawn money from the club to pay for the improvements, according to the press release.

Membership at Glen Oaks is currently at an all time high and there is a waiting list of people wanting to join the club, according to an email the former club owners sent to members in late November. “2021 will be a banner year for club events and revenues, the community of Glen Oaks is a vibrant and desirable neighborhood, and the Glen Oaks Country Club is recognized as a premier place to work in the Des Moines area.” , the owners wrote in the email. .

The 145-acre Glen Oaks Country Club and Golf Course was valued at just over $ 5 million in 2021, according to the Polk County Assessor. The 448 gated community plots with single family homes, townhouses or condominiums built on them have an estimated appraisal of $ 275.5 million.

Oman said the investment group did extensive research on Concert Golf Partners before agreeing to sell the club.

“They appreciate the uniqueness of each club and they want to preserve and build on that,” he said. “They don’t have a single franchise concept for everyone. “

Peter Nanula, CEO of Concert Golf Partners, said Glen Oaks has captured the group’s interest because of its “top-notch golf course, beautiful clubhouse and superb country club facilities. … It is a gem.

“We are going to inject capital into a club which has been taken care of very well by the previous owners and which is in very good shape,” said Nanula. “Our essay [at Glen Oaks] is preserving and improving a bit.