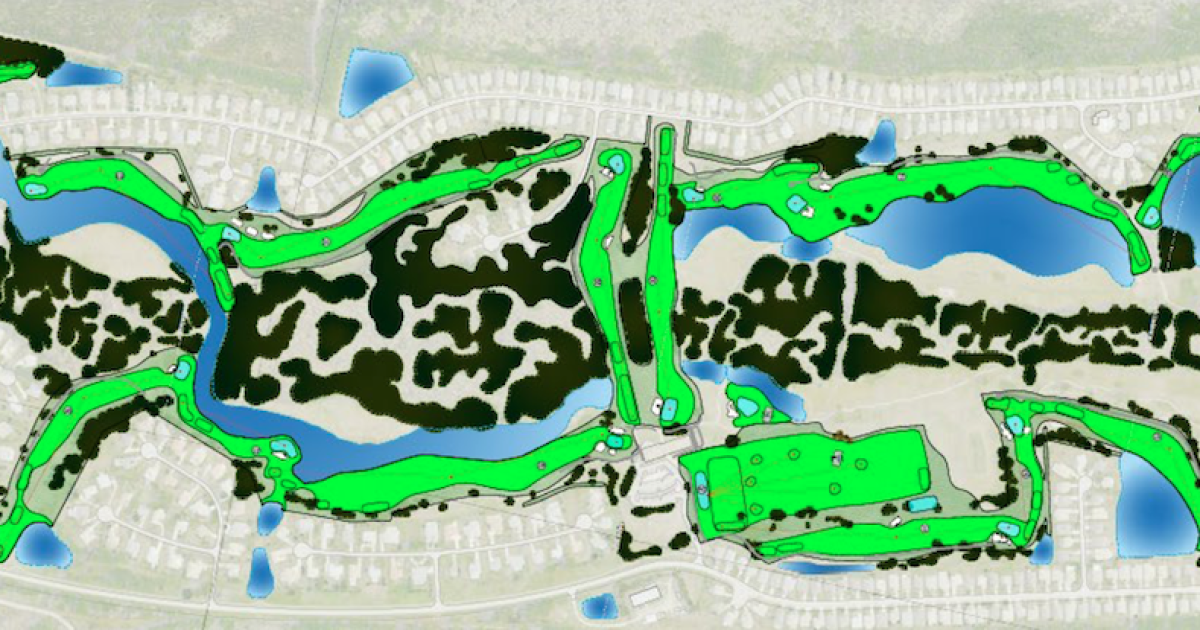 The course incorporates the essence of American and British Golden Age layouts with its design features and closer proximity to practice facilities and end holes.

St. Johns was established as a county-owned facility in 1988 and operated as a 27-hole course for several years, with nine holes closing in 2012. After weighing bids from developers, the county chose in 2021 to fund an $8 million renovation. , which included drainage improvements. About 30 days a year were previously lost due to wet conditions, and drainage improvements are expected to significantly reduce this total.

Larsen and St. Johns Golf Director Wes Tucker reflected on old-school design principles by taking three old holes and radically modifying others to produce a new routing. The par 71 course has the look and feel of early 1900s architects Seth Raynor and CB Macdonald, including wider fairways, greens of Biarritz, Punchbowl and Redan in places, and low-maintenance “coffin” bunkers. A large short game area was created, the green was enlarged and the range, holes 9, 10 and 18 were located much closer to the clubhouse to form a social hub.

The club plans to reopen in mid-November. Fees will range from $25 for walkers to $60 for out-of-state visitors.

Construction begins at historic Colonial CC in early 2023. I am thrilled to have the opportunity to restore this old @PGATOUR pillar with a focused green, bunker and tee ‘restoration’ that will delight and excite golfers for the next 30 years! @TNgolf @Billy_Bunker https://t.co/NEenIMyBvR

‘A REMODEL WITH A NEW ROUTING’
Harrison Lake Country Club in Columbus, Indiana recently reopened after a complete renovation by Tim Liddy. Originally designed by William Langford in 1924, the course has been restored in some places, redesigned in others, with a re-routing and five new holes (7-9, 16, 17) being the by-products.

“The project is a remodel with new routing,” Liddy said. “The eighth was an important turning point for the rerouting. It is a short 165 yard par 3, playing on a deep depression. The green site has been lowered about eight feet, stepped into an existing hill. It has design qualities similar to a Dell ‘visible’ hole.”

“The course is set in a rural area, and I thought natural-looking bunkers combined with updated bunker infrastructure would improve the layout,” Liddy said. “Our work was aimed at adding strategy and artistry while addressing security issues. Another hole where strategy has been improved is at the third which now has a risk-reward element. We have increased the challenge for players. bigger hitters around the landing zones, while leaving plenty of room for shorter hitters.”

The architects intend to cut trees to restore sightlines, restore fairway width lost over time and lengthen the course by 400 meters – to just over 7,000 meters – while adding front and middle tees. The team will also strip three greens and rebuild them to their previous character and expand putting surfaces on nine other greens.

Perhaps the biggest change will be the increase in sand bunkers, as well as their locations. Bunker sand will nearly double from 71,000 square feet to 140,000 square feet, with much of that sand taking the form of restored cross bunkers that were in place at the start of the course.

“It feels like a lot of sand,” Rae said. “But once you open up the site visually through tree work and fairway expansion, the bunkers take on the right scale that Ross originally envisioned.”

MAS Golf Course Construction is the contractor, and Golf Preservations Inc. is performing the drainage work. Rae and Franz will take care of the beautiful feature by shaping themselves with their own team. The planned reopening is June 2023.