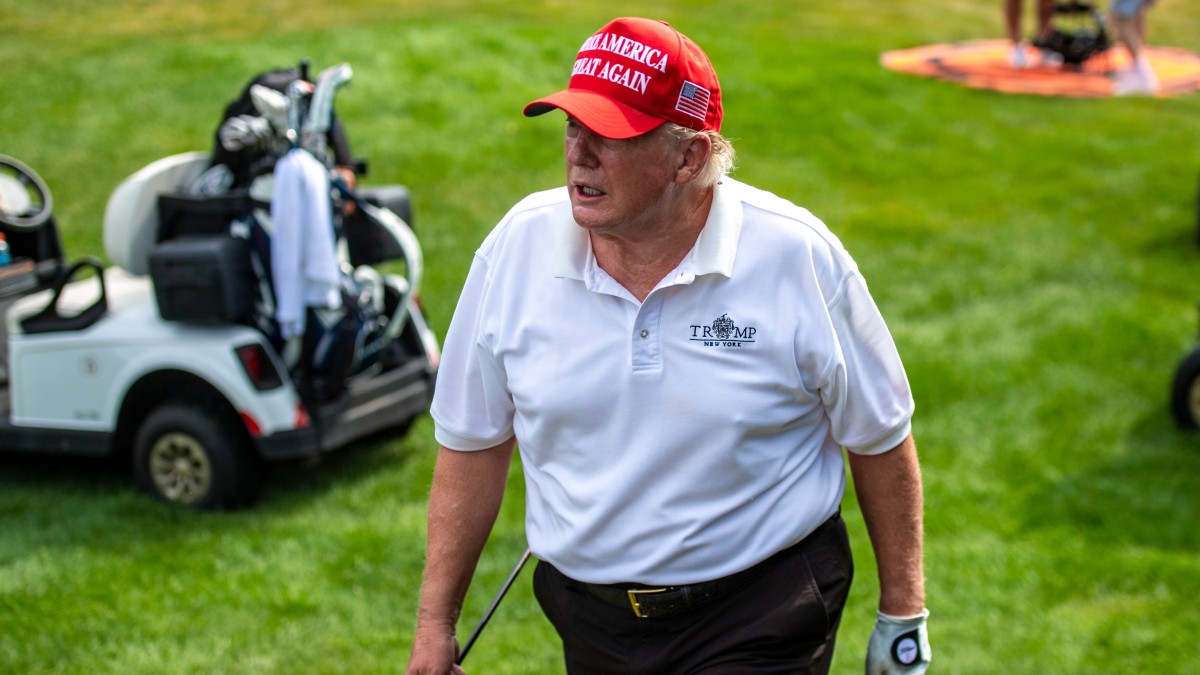 Former President Donald Trump played Thursday’s practice round ahead of this weekend’s LIV Golf pro-am tournament, which takes place at his Trump National Golf Course in Bedminster, NJ. Afterwards, he shared his thoughts on the new PGA Tour rival.

“I have known these people for a long time in Saudi Arabia. They have been my friends for a long time and they have invested in many American companies,” Trump said of the Saudi sovereign wealth fund-backed tour, according to ESPN. “They own large percentages of many, many American companies. Honestly, what they do for golf is so awesome. What they do for the players is so great that salaries are going to skyrocket.

Much criticism of LIV Golf has focused on the influence of the Saudi government, pointing to past human rights issues, including the murder of journalist Jamal Khashoggi at the Saudi consulate in Istanbul, which the CEO Greg Norman played it down, saying, “We’ve all made mistakes.” — or the belief that the government played a role in the terrorist attacks on the World Trade Center on September 11, 2001.

The families of 9/11 victims have spoken publicly to denounce the league and the players who participate in these tournaments, and Trump deflected when asked to consider their feelings about it, challenging the idea that Saudi Saudi Arabia was involved in the attack.

“Nobody got to the bottom of the events of 9/11, unfortunately, and they should have, as to the maniacs who did this horrible thing to our city, to our country, to the world,” Trump said. “So nobody really went there.

“But I can tell you there’s a lot of really great people here today, and we’re going to have a lot of fun and we’re going to celebrate,” Trump said. “Money goes to charity – a lot of money goes to charity – and you really have the best players in the world, a lot of the best players in the world. And soon you’ll probably have them all. Because, remember you this: if there is a merger, the people who did not come, they will never have anything but a ‘thank you’ from the people who benefited from it.