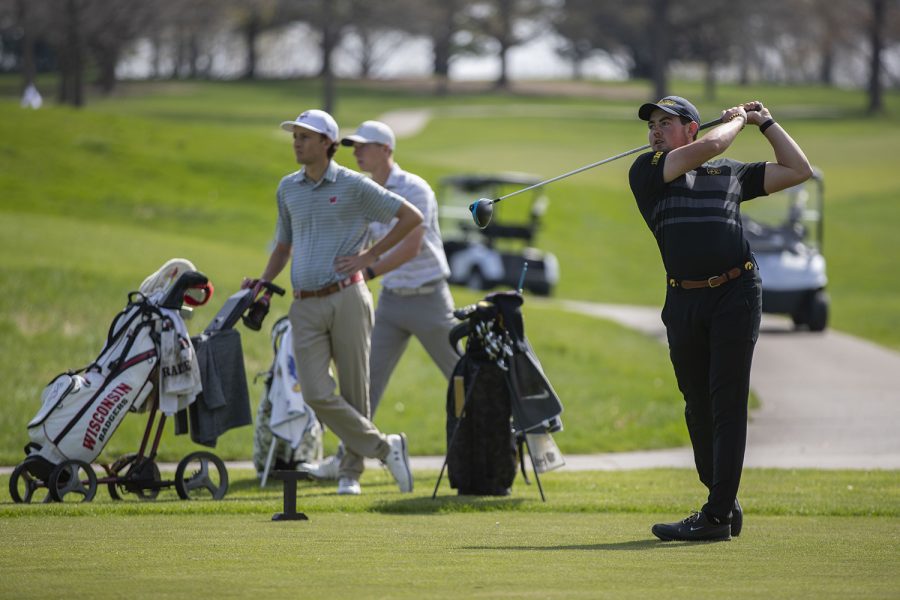 The Hawkeyes travel to historic No. 2 Pinehurst on Monday and Tuesday to take on a number of ranked teams.

The Iowa Men’s Golf Team will hit the action at the Wake Forest Invitational this morning at one of the most famous golf courses on the planet: Pinehurst No. 2, in Pinehurst, North Carolina.

The historic track has hosted more individual golf tournaments than any course in America, according to homeofgolf.com. Seven major championships have been contested on the course since 1989.

“There’s a ton of history there,” Iowa assistant coach Charlie Hoyle said of Pinehurst No. 2. “The course was redesigned a few years ago, somehow. kind of brought back to its original style and layout. Any time you get the opportunity to play at a major championship venue where some greats of the game have played, it’s a real treat. The guys are really excited.

Pinehurst No. 2 is the fourth PGA Tour-level course the Hawkeyes have played since the start of the 2021-22 season.

“I think we’re doing a great job with our schedule,” Hoyle said. “We play very good golf courses week after week. I think it’s good for us too because we tend to play well on tough golf courses. I hope the weather looks good, but I hope it plays hard.

The Hawkeyes will be part of a 12-team field that includes Iowa, Augustana, No. 24 Clemson, Duke, East Carolina, No. 32 East Tennessee State, Kentucky, No. 21 North Carolina State, San Francisco, No. 20 Wake Forest, a “B team” of Wake Forest and Yale.

Wake Forest’s starting lineup includes two top-35 ranked golfers, No. 18 Michael Brennan and No. 33 Alex Fitzpatrick. Brennan has two wins this season and Fitzpatrick won one event in the fall.

North Carolina State and ETSU each have a top-50 player.

Iowa’s roster has yet to be set for the event, but three of the five spots will be filled by juniors Mac McClear and Ronan Kleu and senior Gonzalo Leal-Montero.

Mcclear — the defending Big Ten individual champion — led the Hawkeyes this spring and enters the event after finishing in the top-10 at the Puerto Rico Classic hosted by Purdue University.

This week’s action can be followed live on golfstat.com.