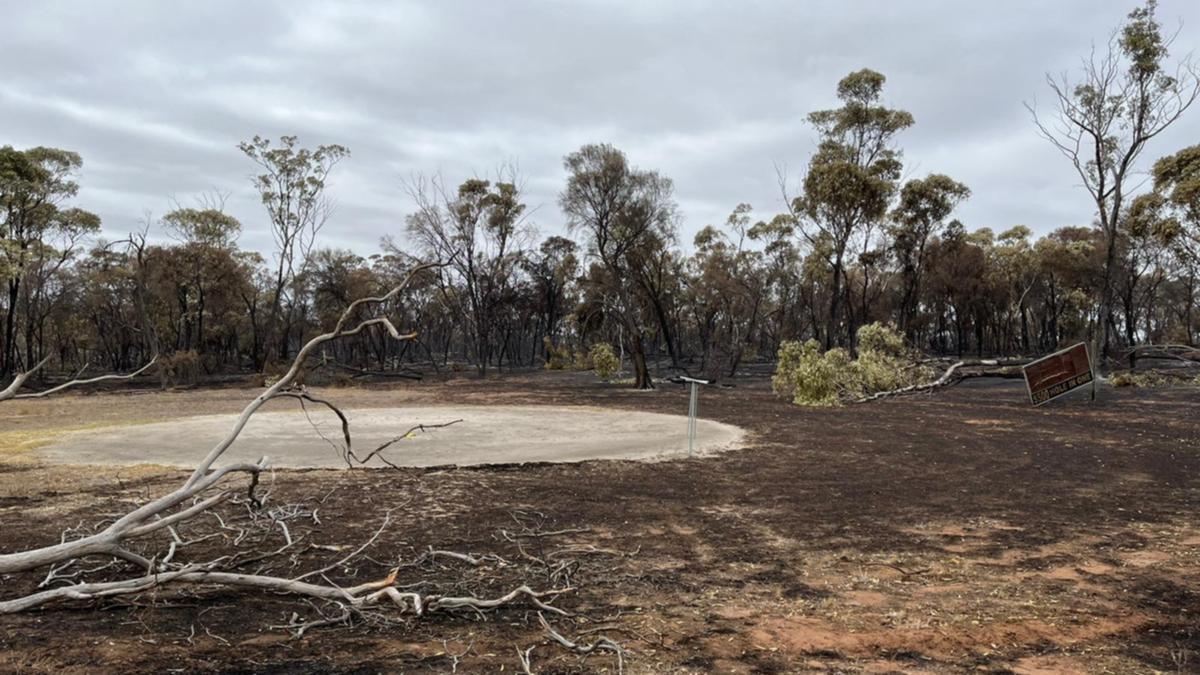 A Great Southern golf course remains closed for health and safety reasons more than two months after being ravaged by a bushfire.

The Jerramungup golf course has been closed since a bushfire tore through the area on February 11, damaging a council-owned house and a Water Corporation treatment plant in town.

The course is owned by Jerramungup County, which in a public notice blamed the continued tree closures which it said posed a “significant threat” to falls and injuries.

“The County is currently receiving advice from an arborist and establishing the next course of action,” said general manager Martin Cuthbert.

The board has issued a strict warning to those looking to play before the course officially reopens, raising the prospect of legal consequences.

“Anyone (who is) found entering the golf course will be reported to Jerramungup Police,” Mr Cuthbert said.

The February fire caused extensive damage to the course, fairways, greens and the equipment shed were damaged.

A charity golf day will be held at Pinjarra Golf Club on April 24 to raise funds for Jerramungup and Bridgetown Golf Clubs, both of which were damaged by the fires.