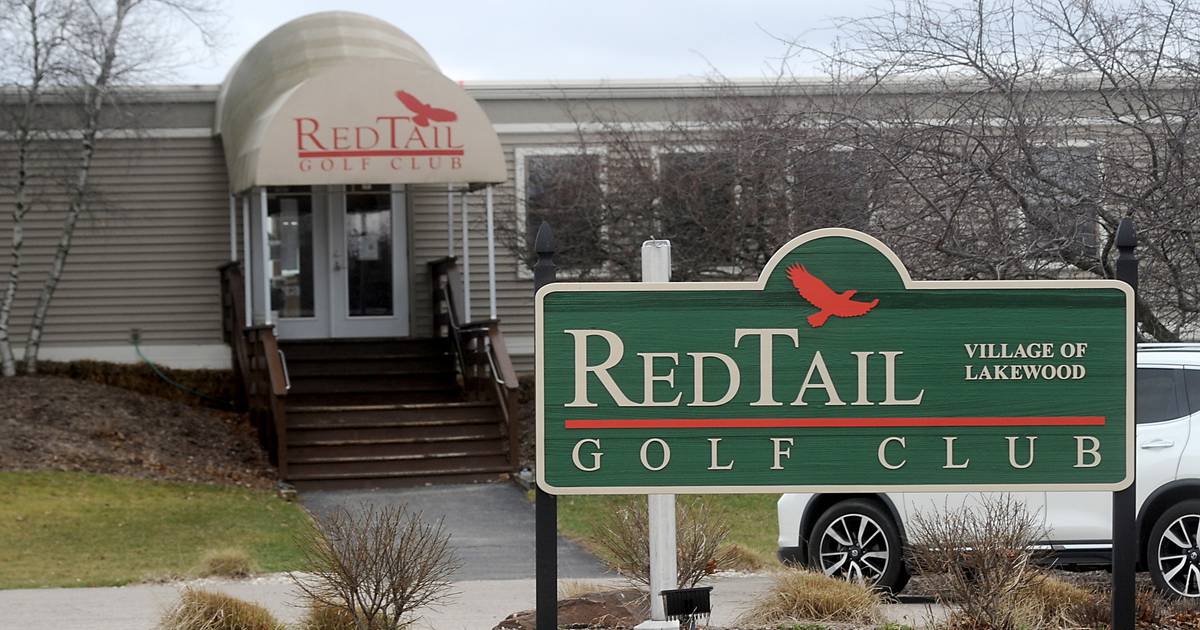 The Village of Lakewood is moving forward with plans to build a new clubhouse at the Village-owned RedTail Golf Club.

Village officials hope to put together a request for proposals from architectural firms within the next 45 days, with proposed developments, village chairman David Stavropoulos told a special meeting of the Planning Commission. and zoning Monday night.

Construction of the new pavilion could begin as early as this fall, Stavropoulos said. The aim, for now, is to complete construction of RedTail’s new clubhouse by spring 2023, although some planning and zoning commissioners have raised concerns about the supply chain disrupting this goal.

Although the village currently has no concrete design renderings or plans beyond the general concepts laid out at a meeting last November, Planning and Zoning Commission Chairman John O’Hara said that would like a traditional low-floor residential look for the structure with additional amenities such as a year-round restaurant or pub, a large grill and patio and space for weddings and banquets.

The village had yet to hire an architect or draw up more detailed plans because Stavropoulos said the council “didn’t want to limit itself” to considering options before considering a potential budget.

Stavropoulos announced the special meeting at a village board meeting in March and said the village was “in a good position to move the issue forward.” At the time, Stavropoulos said he worked with village solicitor Scott Puma to come up with funding options for the council to consider.

Those options are still in the works, Stavropoulos said Monday.

Planning and zoning commissioners expressed optimism in November that the new pavilion could be built without taxpayers’ money.

The current clubhouse, built in 1991, was originally intended to be a temporary structure, O’Hara said in November. At over 30 years old, the clubhouse has now been in use almost twice as long as expected.

A larger clubhouse is needed because RedTail has maxed out this year in terms of event space, said RedTail general manager Kenny Goodwin.

As many as 11 golf leagues currently play at RedTail, Goodwin said, and hundreds of events are planned or expected at the golf club throughout the year.

Another commissioner, Sheldon Smith, said he lives in Lakewood and uses RedTail twice a week on average.

“I like the people here,” Smith said. “The course is not too difficult, but it still gives you a challenge. It helps that it’s close to home. But they keep the course in very good condition.

The village has also approved the erection of temporary tents this summer at RedTail, near the southwest section of the clubhouse, both to add extra space for venues and to provide a makeshift structure when the construction of the new clubhouse will begin.

Lakewood has two golf clubs in town, RedTail and the private Turnberry. The latter has had a contentious relationship with the Village of Lakewood over the past year as the golf club and village administration traded fines and code-enforcement issues, the landlord said. Turnberry, Sonny Oberoi.

The two clubs weren’t in direct competition until 2019, when Turnberry transitioned from a members-only golf course to the public, Oberoi said.

As the Village and Turnberry negotiated over their outstanding issues, Oberoi said he remained concerned that the Village might seek to undermine Turnberry’s status in order to bolster RedTail.

“Sometimes we cooperate, otherwise we compete for business,” Oberoi said of Turnberry and RedTail. “We were facing certain death on the business side, so we opened up to the public. That’s where some of the competitions started, but the competition itself isn’t bad.