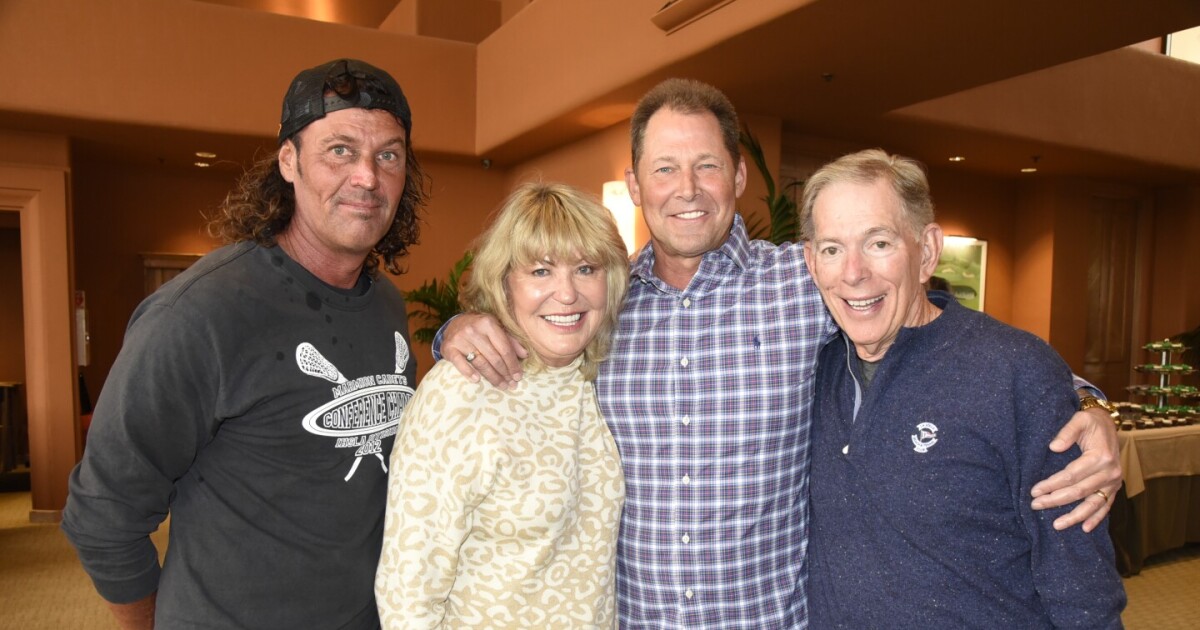 Don Sandberg rose through the ranks, going from collecting balls at the Farms Golf Club driving range in Rancho Santa Fe to becoming the club’s head pro. Along the way, he rubbed shoulders with a former US President and members of the Sports Hall of Fame, and made many friends.

Sandberg retired on June 1 after 33 years with the club. And he plans to keep coming back to play golf with his buddies since one of his retirement gifts was an honorary lifetime membership. He said it was the best golf club in Southern California, and once he joined the staff, he never wanted to leave.

“I guess that’s how I was treated, people were so good to me,” Sandberg said. “I felt like I was on top of the mountain, right there at the farms.”

Life was quite difficult at the beginning of his career. Sandberg moved south from his home state of Washington as a young man to pursue his dream of becoming a professional golfer. When that didn’t work out, he did the next best thing, working in the golf industry.

When he started at the farms, he attended school at a local golf academy every morning, worked at the club chasing balls and cleaning golf clubs in the afternoons, then headed to a Ralphs supermarket for a night of night in the shelves. He maintained this busy schedule for two years. He also met his future wife at the supermarket and the couple are still married today.

According to Sandberg, The Farms is special because of the top-notch condition of its 18-hole championship course and the fact that it focuses exclusively on golf, unlike some large country clubs.

“We don’t have tennis courts or swimming pools, we just have people who like to play golf,” Sandberg said. “It’s just a neat culture that’s been created there. Members check their egos at the door.

In his role as head pro, Sandberg oversaw a team of about a dozen, including his roster of golf pros and employees who ran the club shop.

Sandberg was known for his friendly manners and welcoming smile, said Frank Flanagan, a longtime club member and chairman of Farms’ board.

“He is courteous and gets along very well with people. It was a pleasure to have him there all these years,” Flanagan said. “The guys who worked for him loved him, and so did the members.”

Sandberg’s love for the game of golf translated into his “total and complete mastery of all the nuanced rules of golf,” Flanagan said, and he could be counted on to resolve any disputes over the rules of golf that was happening. He was also masterful at giving a diplomatic nudge to any golfer who was taking too long between shots and delaying the flow.

“Our members like the pace of the game so they don’t get bogged down. (Don) was the perfect guy to get things done,” Flanagan said.

The club are in the midst of a search to fill Sandberg’s position, but “we will miss him”, said Flanagan.

Among his favorite memories, Sanderg said, was meeting NBA Hall of Famer Michael Jordan, who is a member of the club. Jordan asked if he wanted to play the next day, and Sandberg thought he was joking. The next morning, his phone rang at home and a colleague told him that Jordan was waiting to play.

Sandberg rushed to the club and spent the day golfing with the Chicago Bulls legend, playing 45 holes, or 2½ times around the course. Once the other members heard about it, they swarmed the group and played along. “It was a cool day,” Sandberg said.

He also played a memorable doubles game with local champion golfer Phil Mickelson and major league baseball player Mark McGwire, as well as one of his golf pros, Augie Kee, and had his photo taken with former President Barack Obama when he visited the club in 2017.

Sandberg, who turned 62 this week, is still getting used to retirement routines, but has no doubts. He plans to get some sleep, play with a new puppy, and spend more time with his wife, Marina (who still works at Ralphs) and her family. And start a list of chores.

He will miss his former colleagues, Kee and Ryan Studt, but the three will reunite when they can for a round of golf.