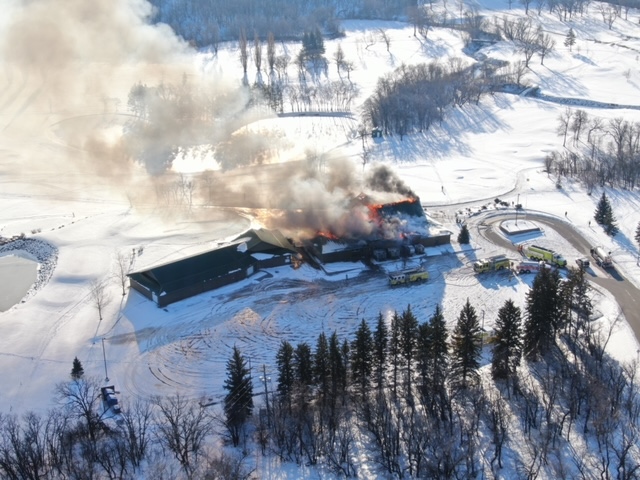 A golf club pavilion in Morden, Manitoba was destroyed in a fire over the weekend.

The fire took place at the Minnewasta Golf and Country Club on Saturday, dozens of firefighters attended the scene to help put out the flames.

“They will have to start from scratch and they will not be able to start until the investigation is complete.”

Maddock noted that firefighters from neighboring Manitoba communities, including Winkler and Miami, had to come to the rescue.

He said crews had been working to make sure the fire did not spread to any nearby facilities, including the pro’s store.

“They kept it safe and the clubhouse was pretty much swallowed up. So they just let it burn and put it out after it fell, ”Maddock said.

The city councilor noted that teams from Winkler have brought their pump trucks and water, adding that access to water is a concern in Morden due to a recent drought.

“Just to get all this water to try and save the other buildings, we needed the excess water,” Maddock said, noting that Morden is still in an “extreme situation” with the drought.

Maddock added that residents will still be able to play golf next summer.

“We are a resilient city. We will get things back on track as quickly as possible, ”he said.

The cause of the fire is being investigated.

– With files from CTV’s Michael D’Alimonte.