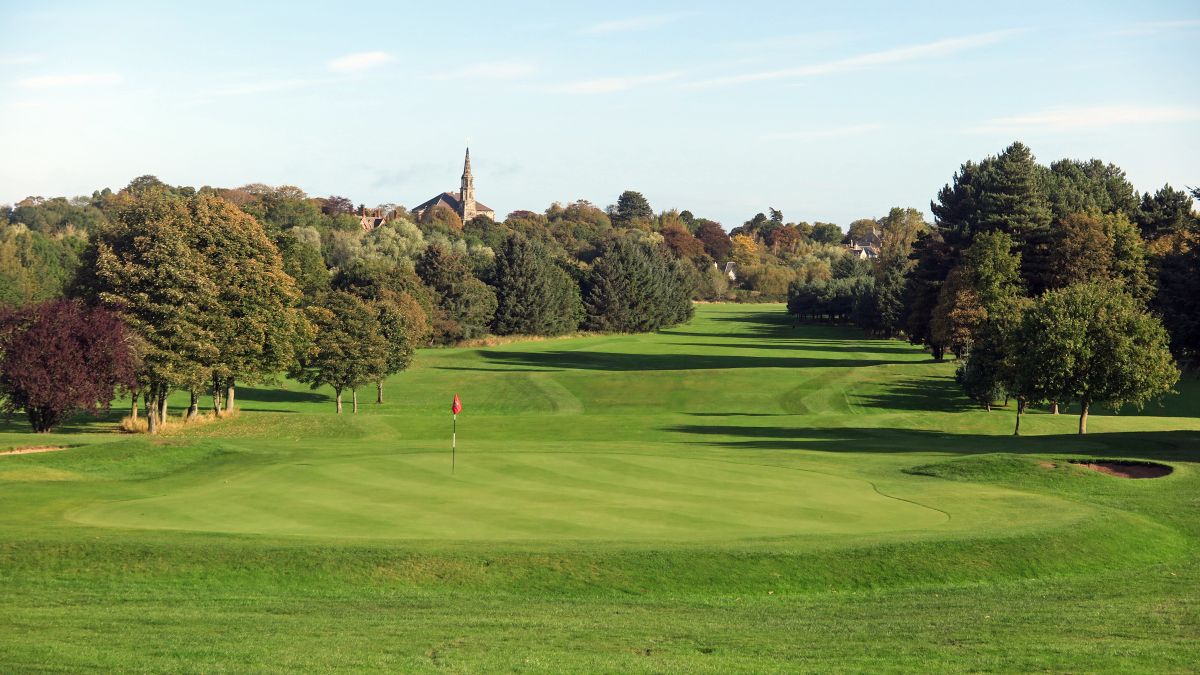 GF Round: £100 Monday-Friday, £125 weekends
Through 71, 6,725 yards
Slope 129
Director General’s Verdict A beautiful park design with lots of interesting holes and challenges
favorite hole Par-4 15th Joogley played to the tracks with bunkers in front and the burn behind

Musselburgh is synonymous with golf, but few people know that there are not one but three clubs and courses with that name in their title. This one, either The Musselburgh or simply Musselburgh, is noticeably the youngest of the three although it still dates back to 1938. As with several other courses along The Scottish Golf Coast, it’s a drawing by James Braid. It was used for regional Open qualifiers from 2006 to 2010, and final qualifiers when the Championship was at Muirfield in 2013.

A pair of par 4s puts you on the right track as you head towards and along the River Esk.

Then comes the first par 3, this one protected at the front by a quartet of bunkers which makes it the only aerial approach. Next is the first of the three par 5s which again follows the river although you can’t really see it as it is obscured by trees and dense foliage.

The next short hole comes on the 6th, and it plays a bit longer than it looks and is again well protected, this time by three large bunkers. After the second long hole on the 7th you cross under the railway tracks to close the front nine with two par 4 tests, the second of which has a burnt passage in a valley about 70 yards from the green.

The 10th is a long par 4, and the 11th, Braid’s Best, is another short hole with lots of sand and trees lining the right side. The final par 5 comes next and takes you to the most southerly point of the course, surprisingly close to the A1 but again well protected by very mature forest.

There are two soft doglegs at 13 and 14, then a very characteristic hole towards the railway. The 15th is just over 400 yards and SI1, lined with trees to the left and with a green surrounded by bunkers and burns. There’s a lot to think about, and one over here will probably look like a birdie.

On the other side of the tracks, the final par 3 is all about distance control, and the 17th is a charming two shot that weaves its way gently from left to right.

The final hole is very challenging and memorable, a max-length par 4 from the back tee that plays longer than its already considerable distance.

Musselburgh, or Monktonhall, is a very engaging design that, from the back tees, is more than capable of challenging the best golfers. In an area with many Top 100 and Next 100 courses, it is a welcome alternative along East Lothian’s stunning links-dominated coastline. He is also very pretty, has his character and can hold his head high in this area of ​​exceptionally strong golf.