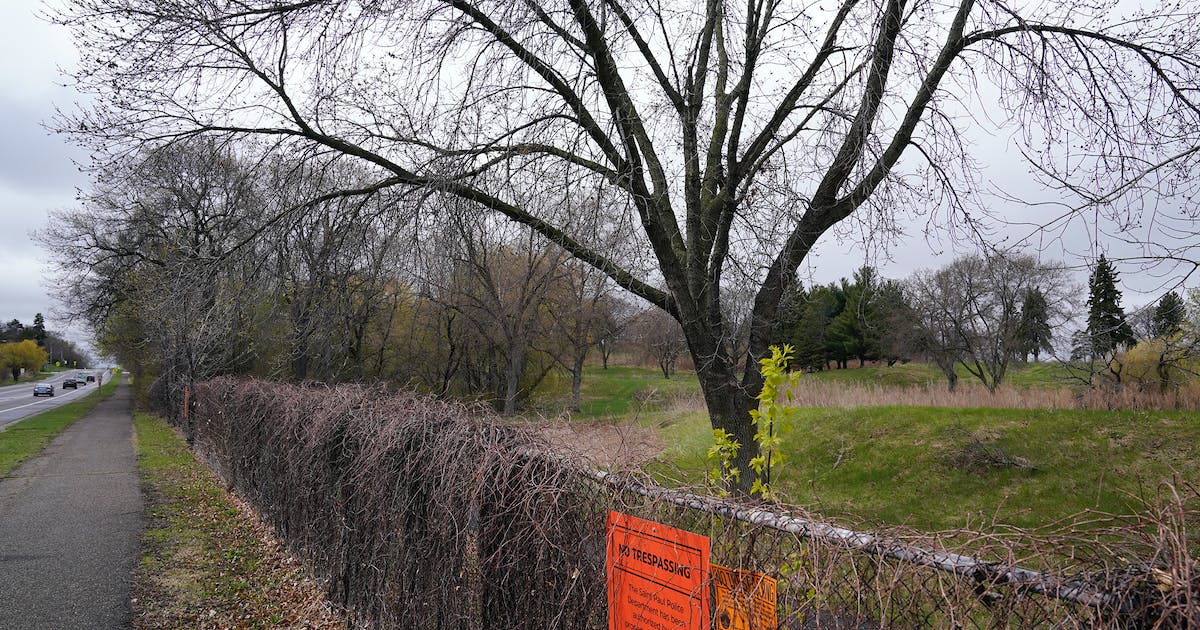 Like other area residents, Julie and Jesse Harms say they want to see the old Hillcrest Golf Club redeveloped to include housing and jobs for low-income families.

But they would certainly like the 112-acre site next to their backyard to also preserve the tranquility of the neighborhood they cherish. And building a few single-family homes to fit in better would be nice too, they said.

“Putting medium-density housing right outside my window is a huge shift in the nature of the neighborhood,” Jesse Harms told the St. Paul Planning Commission Friday during a public hearing on the project’s master plan.

Later, in an interview, he said, “Is there a healthy way to move on to this?”

The Hillcrest site, in the far northeast of St. Paul, is one of the city’s largest redevelopment targets. The Saint Paul Port Authority, which bought the site for $10 million, wants to build 1,000 homes there while attracting businesses to create 1,000 jobs.

On Friday, the Planning Commission held a public hearing on the project’s master plan, including an approximate layout of housing locations, light manufacturing, a 5-acre public park, streets, pathways and walking paths.

According to planning director Luis Pereira, the planning commission is expected to make a recommendation in April, with a city council hearing and vote in May and June.

A few acres shy of the former Ford factory site in St. Paul’s Highland Park, now called Highland Bridge, Hillcrest’s mix of housing and jobs depends on what the Port Authority is able to provide. build and attract.

Former St. Paul Mayor Chris Coleman, now president and CEO of Twin Cities Habitat for Humanity, called for single-family homes to be included in the plan and offered the city a partnership to do so. . Owning your own home is the best way for low-income families to build wealth, he said.

“By investing in affordable homeownership in the Hillcrest development, the city can make huge strides to close [economic] gaps for families of color,” he said.

Like the Harms, Kathleen Posus lives near the site. She echoed the developers’ desire to “respect the quiet nature of the existing neighborhood”, adding: “We the immediate neighbors feel ignored, disrespected and would like more involvement.”

Several speakers praised the port’s ambition to make the development carbon neutral, through the use of solar, geothermal and efficient building design.

John Metza, an employer in the area, said he was excited about the project’s aims to create jobs and housing in the area – and to do so in an environmentally sustainable way. His growing business could add “twice as many jobs and employ twice as many people if we had more space”.

“The growth prospects for our business are astronomical,” he said of his 100% solar-powered business. “It’s a dream for a business owner.”

Melissa Wenzel, co-chair of Sustain St. Paul, which lobbies for sustainability, praised the Port Authority’s work so far, acknowledging that the port has limited expertise in housing development but has track record of creating good jobs.

She expressed the urgency of approving the project, saying “delaying this project will delay good paying jobs, especially for East Siders.”

Wenzel added, “We can really lead by example globally with this project…I can’t wait for this decision.”

Deborah Mitchell, however, echoed others who said developers and the city need to be sure they elicit a wide range of perspectives before rushing in, including listening to area communities of color. She asked if the project will force employers to hire area residents from minority groups and if enough housing will be affordable for very low-income families.

Lisa Theis, executive director of the area’s community council, said she’s delighted the project is getting underway, but wants to make sure area contractors are involved and area residents have the opportunity to get the jobs. and future accommodations.

“This neighborhood has suffered from a lack of investment and investment that has been delayed for too long,” she said.

Julie Harms, who has lived in the area for 20 years and in her house next door to Hillcrest for more than four, liked Coleman’s offer to have Habitat for Humanity build single-family homes. That, and a green space between the existing neighborhood and the new development, would go a long way to allay concerns, she said.

Her husband Jesse Harms, who works 10 blocks away, said, “We’re all just asking for a little tampon.”