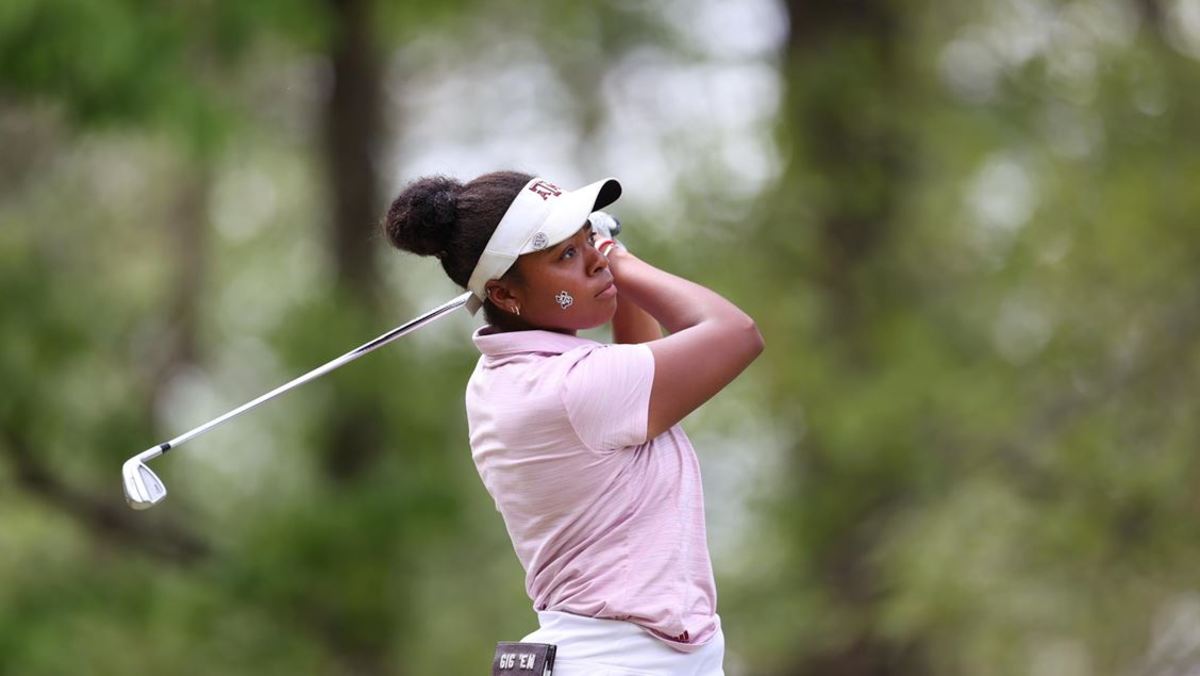 The Texas A&M Aggies women’s golf team got off to a great start at the NCAA Women’s Championships as the Aggies finished in second place as a team after the first round Friday at Grayhawk Golf Club in Scottsdale, Ariz.

The Aggies are making their first NCAA championship appearance since 2015.

Zoe Slaughter led the individual portion of the tournament at one point and is in good shape to be in the hunt for the individual medal after posting a 3-under 69.

Slaughter led the Aggies to a team score of 4 on par 292 as they were one of the first to finish top of the standings.

Stanford found themselves leading the overall standings, as they shot a 289 1-over-par.

Rose Zhang of Stanford is the only player ahead of Slaughter at 4 under par 68.

The Aggies, ranked No. 19 in the nation by Golfstat.com, attempt to make the 54-hole cut on Sunday. The Top 15 teams, as well as the top nine individuals who are not part of a Top 15 team, will then advance to the final round on Monday.

Slaughter continued his hot game on Friday. She shot a 7-under 65 in the final round of regionals last week to help propel the Aggies to the national tournament.

Jennie Park shot a 73 for the Aggies, followed by Adela Cernousek’s 74. Blanca Fernández García-Poggio shot a 76 while Hailee Cooper shot an 82. The top four scores from each day are taken for the team event.

If the Aggies make the cut on Sunday, they will play the final 18 holes in stroke play and the top eight teams will advance to match play. The 72-hole champion will also be crowned that day.

The National Tag Team Champion is crowned in match play with teams ranked 1-8 based on stroke play results. The quarter-finals and semi-finals take place on Tuesday, while the championship game is scheduled for Wednesday.

Want to participate in the discussion? Click here to become a member of the All Aggies forum community today!