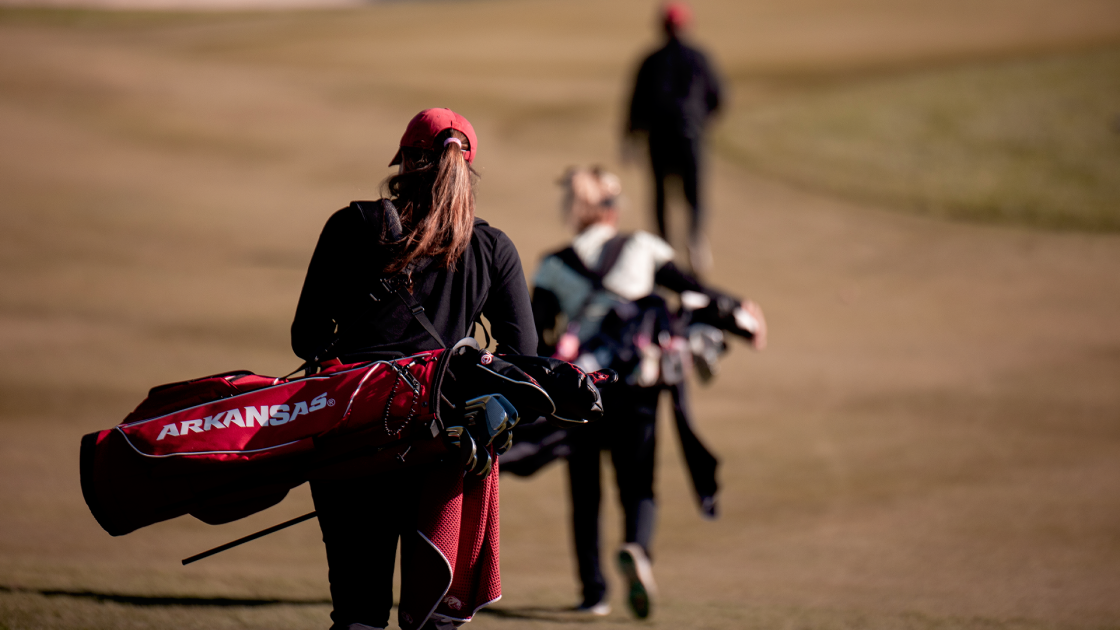 Arkansas’ lineup will include Kajal Mistry, Julia Gregg, Ela Anacona, Miriam Ayora and Ffion Tynan. The Hogs are paired with Auburn and Texas A&M for the first round which will begin on the first hole.

The Razorbacks advance to the NCAA Championship after a strong regional performance where they finished tied for third in the Ann Arbor Regional, the third top-three performance at a regional in program history. Junior Ela Anacona recorded his best finish and second career top 10, earning a share of fifth in the regional. Two other Razorbacks also finished in the top 20, junior Julia Gregg finished in 15and place and sophomore Miriam Ayora won a share of 19and place.

The Razorbacks’ last appearance in an NCAA championship came in 2019 when the Hogs finished tied for fifth on their home run – The Blessings. The Hogs will compete at Grayhawk Golf Course for the first time this week in the NCAA Championship.

The championship format in Scottsdale will feature 24 teams and 12 people completing 54 holes in stroke play, then the top 15 teams plus the top nine people not on a progressing team competing for an additional day of stroke play. shots to determine the top eight teams. for competition in match play and the individual champion in 72-hole stroke play. The top eight teams will then face off in match play for the National Tag Team Championship to be decided on May 25.

The Field (sorted by seed)

Keep up to date with all the latest news and information and get a behind-the-scenes look at our program on our social media accounts. Follow us on Twitter at @RazorbackWGolf and check out our “Razorback Women’s Golf” Facebook page. Stats, news and player information can be found at ArkansasRazorbacks.com.