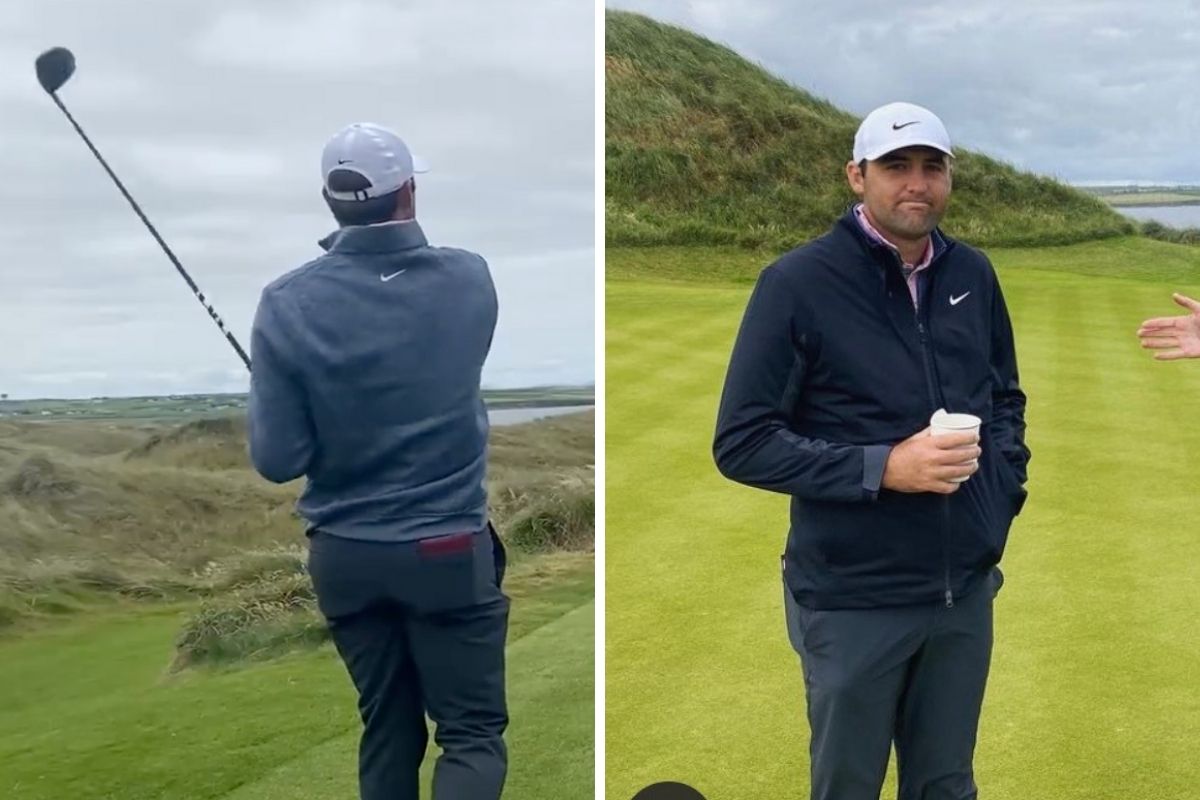 WORLD #1 Golfer Scottie Scheffler weighed in on one of the great debates in Irish golf.

Which golf course is better – Ballybunion or Lahinch?

The 2022 Masters champion is currently in Ireland for the JP McManus Pro-Am which started this morning in Limerick at Adare Manor.

Scheffler played the County Kerry and County Clare courses alongside fellow PGA Tour player Sam Burns yesterday as he took to social media to share a number of photos and videos .

The 26-year-old was then asked which course he preferred today before heading into the Pro-Am at Adare Manor.

The player may have gotten himself into hot water with some Irish fans as there is a rivalry between the two clubs, he apparently seemed to settle the dispute after speaking with Sky Sports.

Scheffler laughed: “You know Lahinch had some really, really cool holes on the front nine, and the back nine too.

“I really like the 4th – the blind par three – but Ballybunion was also quite special. So maybe a little leaning towards Ballybunion.”

Elsewhere, other PGA Tour stars including Jordan Spieth have played in the Munster region ahead of the JP McManus Invitational as they prepare for the 150th British Open which takes place in two weeks.

World number 12 Spieth has taken to social media by sharing a video of himself taking a photo alongside a goat on the Lahinch golf course.

Rickie Fowler and USPGA champion Justin Thomas then joined the three-time major winner at Tralee Golf Club as they enjoyed a pint of Guinness on the Kerry course.

The two-day event is live on Virgin Media and Sky Sports.